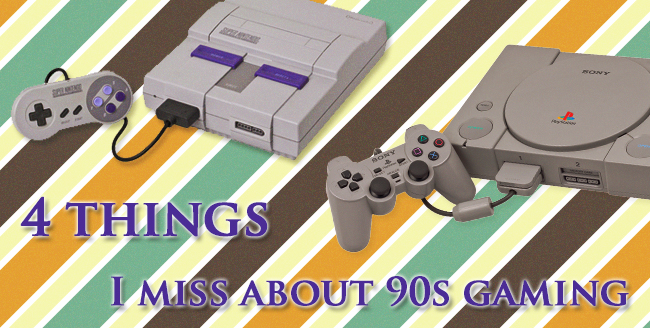 It’s pretty common for the “older” generations to be dissatisfied with how times have changed and to be nostalgic for “back in the day”. I try not to think of myself as old, or dissatisfied, for that matter, with what today’s gaming industry has to offer… but I can’t help but feel like somewhere along the way, we damaged what used to be such a pure form of entertainment.

Now, don’t get me wrong. I’m not saying that games today are garbage compared to games in the 90s, (at least not all of them). I do think that the gaming industry has developed and has come out with some incredible titles, innovative gameplay, and stunning graphics. But there’s a few things I miss about the 90s that games today just don’t seem to be able to master anymore.

If you look at titles like the original Prince of Persia, Super Mario Bros., MYST, and more, it’s evident that the gameplay of today is much more complex and developed. But what those games lacked in complexity, they definitely made up for in challenge. One of my favourite things about games like MYST was that they weren’t easy to beat. With Super Mario Bros., beating the game wasn’t a problem, but getting that coveted 100% and navigating through all of the secrets wasn’t just a walk in the park.

The original Prince of Persia was first released in 1989

A lot of games today seem to want to make it as easy as possible for the player. Hints, guides, and more blatant “THIS WAY” signs are very common to come across. And while this isn’t necessarily a bad thing, I find it really takes away from the satisfaction of knowing you beat the game, all on your own. Just you, your brain, and the controller.

Both old-school and modern games heavily lack the multiplayer option and very few games, when they do have it, do it in a way that’s really fun to play for both players. Most modern games have a limited co-op component, unless you’re playing online with strangers. In terms of playing on the couch with your friends, you’ll be hard-pressed to find a solid modern co-op game that’s as much fun as the older generation co-ops.

Games like King of Dragons and Zombies Ate My Neighbors offer interactive co-op, while games like Super Mario World and Donkey Kong Country have a multiplayer option that allows for engagement and fun, even if you’re not playing together at the same time.

While modern games like Flower, Brothers, Journey, and FEZ  are an amazing sensory experience, it’s a real shame that they don’t have a multiplayer component. I know they aren’t meant to, but I can’t help but feel like it would add an immense amount of joy to the gaming experience if I could venture through these beautifully designed worlds with a friend. 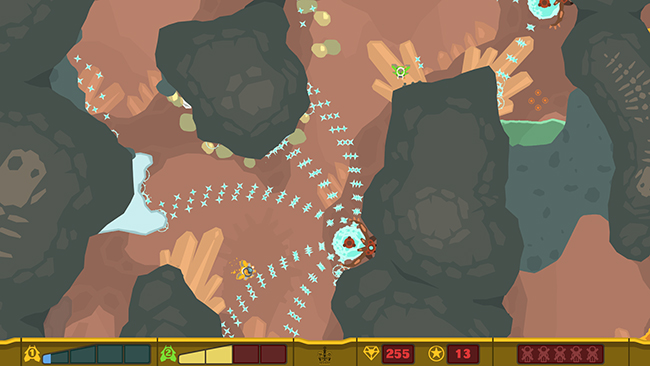 Pixel Junk Shooter is a great co-op game that lets you and a friend play through the whole game together.

There are a few modern games I’ve played with really great co-op, such as PixelJunk’s Shooter and Shooter 2, recently released Child of Light, Dungeon Defenders, and the Trine games. These games offer the old school interactive co-op that lets you and a friend work together while exploring the game, which really adds to the experience.

The best part about 90s games is their classic characteristics that make them incredibly fun to play, even more than two decades later. I still get the same amount of joy and pleasure, if not even more, out of playing Super Mario World , Age of Empires, and The Legend of Zelda today as I did twenty years ago. This is something I can’t say for many of the games that are out nowadays. While I might find the odd game that I can appreciate doing a second runthrough of, it’s very rare that I find one that I will go back to again and again, especially after years have gone by.

The modern games that I’ve come across that I could see myself still enjoying twenty years from now (given that I’m not a boring, old adult by then) are open-world survival/crafting games like Minecraft, and Terraria, or city builders like Banished where the game is new and exciting each time you go back to it.

An adventure RPG that I’ve also recently really adored, mainly due to its old-school feel, and will probably play again and again, is Evoland and titles like Syberia, which have the same appeal to me as one of my all-time favourites, MYST, also seem like very promising potential “classics”. 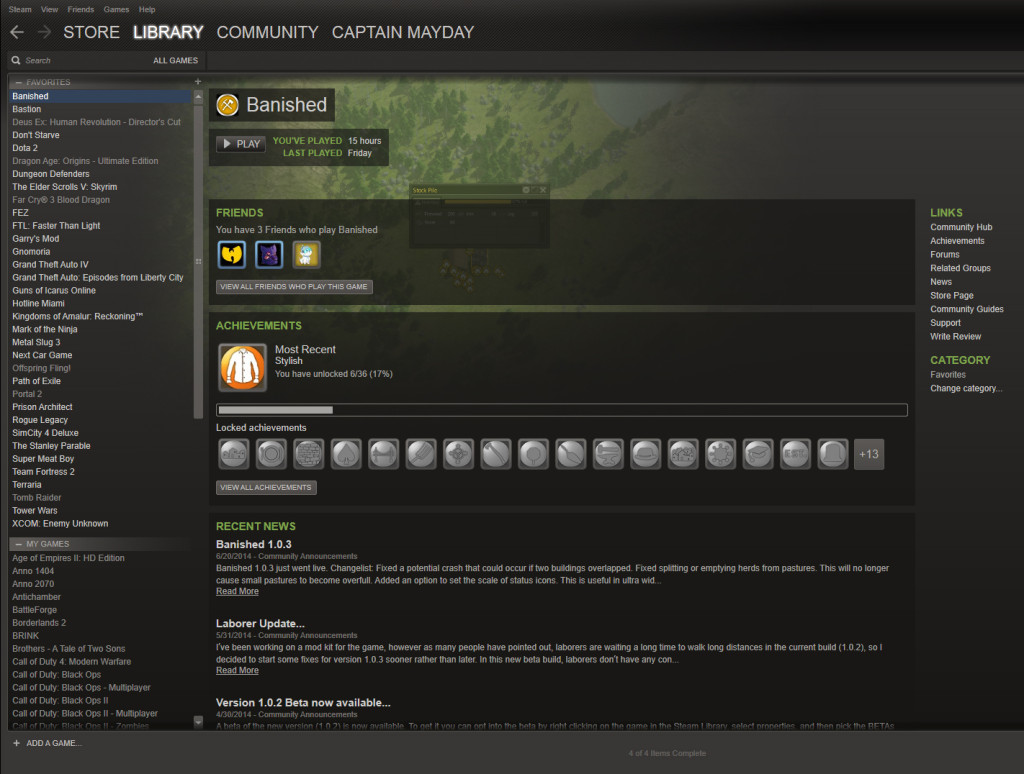 Perhaps the limited choice of games twenty years ago helped contribute to the love of old-school games I have today. The wide abundance of all sorts of games with all sorts of gameplay has caused a bit of a luxury problem in terms of what to play and enjoy, but I still tend to find myself attracted to games that are platformer/adventure in style and enjoyable years later. If I can play a game over and over again, even a long time after its release, it will go down as a great game in my books and, with the sea of games I find myself swimming in these days, it seems that few of them really stick.

In terms of technology, it’s true that our fancy consoles and computers can do way more than a Super Nintendo or Playstation (PSX) could. But the tradeoff is pretty big in terms of the time wasted with loading screens, updates, and downloads. The worst thing I had to deal with with my old SNES was the occasional face full of cartridge dust… (which supposedly doesn’t work… whaaat?!)

I get it. The graphics and games today are much more hardware intensive. They require memory and a decent processor and cooling fans and whatever else it takes to keep a console or PC running well enough to display those things. Yet I still think that the changes haven’t made machines any more reliable than they used to be twenty years ago. We’ve lost that “plug & play” experience we had with the older consoles and that’s a real shame when you’re waiting for minutes to even get to the first gaming screen.

Craving the nostalgic feeling old games give you

While I have to admit that I definitely love some of the modern titles that have been released, I still find myself craving a good run-through of the Nintendo classics or old PC games once in a while. There are few modern games that I have found that give me the same level of enjoyment as some of those pioneering games and I’m curious to see which of these new titles will have a permanent place in my library of games.