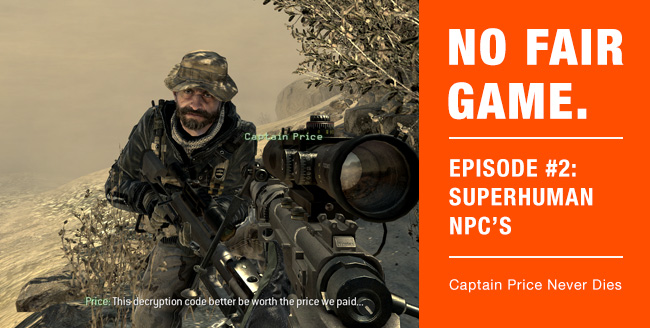 Bravely, I fight alongside this moustached commando. We travel all over the world risking our lives to prevent greater war. We fight for survival and make every bullet count. On plenty of occasions I see the game over screen as my health drops to zero, but on the retry I can always count on him to be by my side again. A warrior at heart, he can take bullets to the chest and barely flinch. He never runs out of ammo. I’m not even sure whether he even reloads. He is a superhuman. He is Captain Price.

When a game presents its rules to the player, stuff like health, ammunition count, spell casts, or mana, we play the game by those set rules. It bothers me when that same game bends the rules for other inhabitants of the digitally crafted world.

Like in the example above in Modern Warfare 2, the heroic Captain Price doesn’t seem to have a diminishable health bar or a depleting ammunition count. The game treats our best companion differently than it treats us. Even though I understand why this could be implemented from a gameplay perspective, I find it not very fair because it takes away from the sense of immersion.

I love many things about Dark Souls and the human NPCs are among my favourite aspects. The cast plays by the same rules as the player does; they have a health bar, a stamina bar, and a set number of spellcasts.

Most of them are even made in the same character creation system that a player makes his/her character in and the use equipment that is obtainable by the player himself. But the best thing about them is that they can die like any living thing does. Attack someone and they will become hostile and fight you to the death.

Kill them and they will be permanently gone from your playthrough, forever losing access to whatever benefit they would have to offer. It’s a fair fight as both parties have access to the same armour, equipment, spells, and amount of stamina or health.

There are no superhumans. There are no extra made up rules to “protect the player from mistakes”. This is permanent. This feels real. And, considering the games rules; this feels fair. 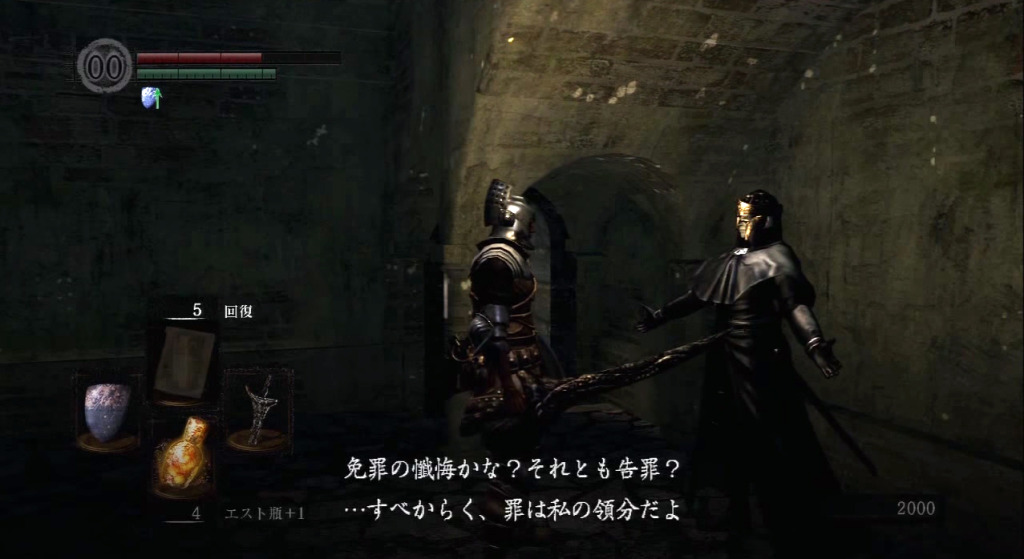 Killing this NPC will be a mistake, but you are allowed to make that mistake and live with it.

Boomer, the idiot you had to take with you.

Another example of the good is the PS2 classic SOCOM US Navy Seals. The game made all team members vulnerable to both friendly and enemy fire and losing a teammate really hurt the odds of completing a mission.

Losing a member made me feel like I had made mistakes in my commander role. I felt responsible.

The result was a really immersive experience where I actively tried my best to keep all members alive throughout the missions… unless Boomer was being an idiot again and deserved a grenade to the face. Either way, the option was always there and I loved the game for it. 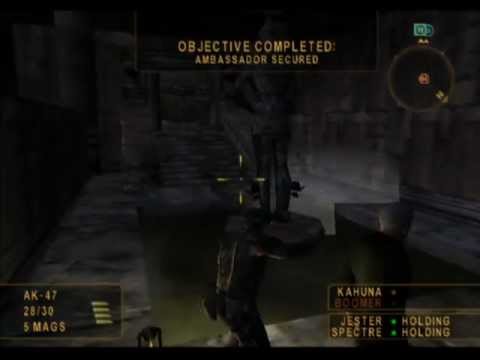 NPCs get ‘knocked out’, but you die.

The Elder Scrolls IV: Oblivion offers a mix between protecting the player from “accidentally” killing important characters so that the story can progress, but leaves the player fairly free in sidequests.

It’s one of the reasons why I found the main quest line incredibly boring and the sidequests so much fun. There’s just something screaming unfairness when I get sliced in half by a monster and die while a story-related character can take many more hits and not die. “Knocked out” is the term used, if I recall correctly, and the NPC in question will fight alongside you once more after chilling out on the floor for a while, no matter how big the sword he was cleaved with was.

On the other hand, it is immensely gratifying to choose sides on a sidequest when you get the feeling you did not get a good deal out of it. The option to take the contractor out and loot his house and treasures is a sense of ultimate freedom, and that’s the kind of gameplay freedom I like.

Metal Gear Solid 3 is not very consistent with its character vulnerability rules, but some of them sucked me into immersion nonetheless. Killing Ocelot when you’re not supposed to at the end of the Virtuous Mission will get you a game over screen that blames you for creating a time paradox. It’s silly, but charming in it’s own way. 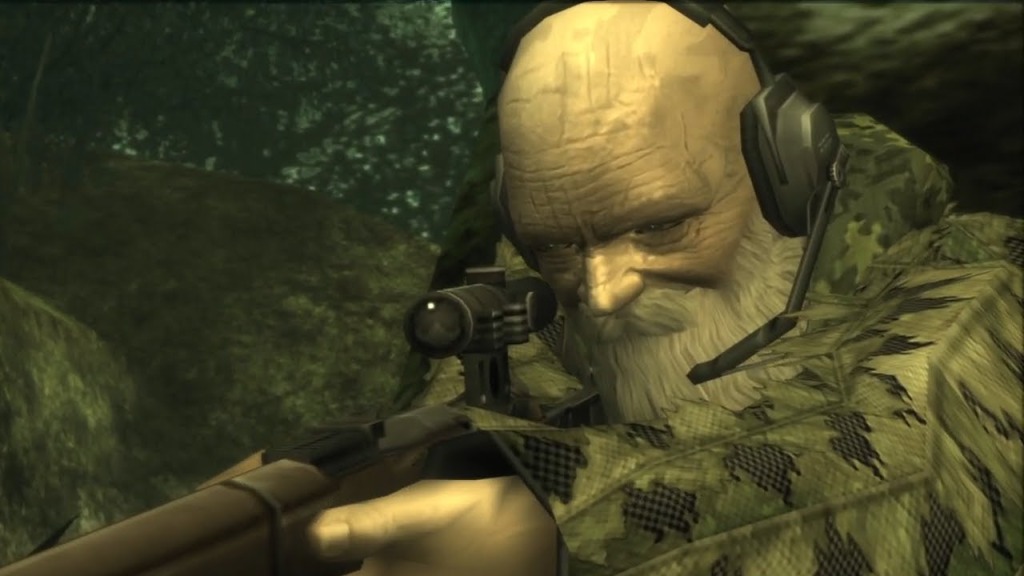 Trouble with this guy? Simply save the game and forward your clock a month. Problem solved.

The fact that the End can die of old age if you enter the boss battle, then save and not return to the game for two weeks is a great way of showing that this boss is human and does not have eternal life.

While Deus Ex: Human Revolution protects some NPCs from harm from the player for the majority of the game, the final chapter puts an end to that protection. The player can finally let loose whatever they have in mind. All the main characters in the story are gathered in one map and the player can decide what to do with them once found. Leave them be, give them that fist to the face they might deserve, or even slice them to bits; immunity is gone and it feels good. 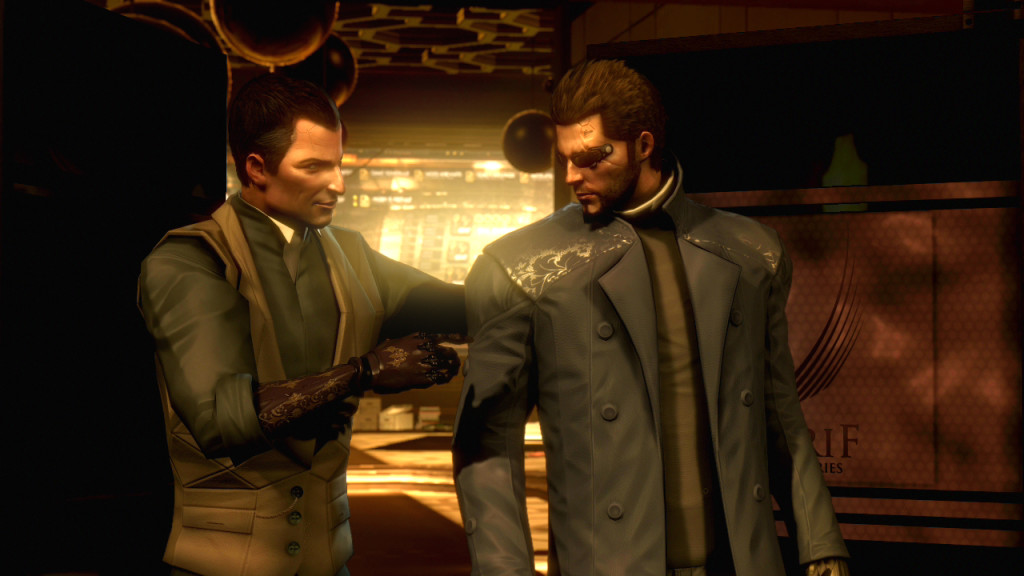 Slap on the wrist for Dark Souls 2

Dark Souls 2 puts you up against Licia of Lindeldt at the end of her sidequest. Unlike the player, Licia has unlimited spell casts, a lot more HP than the player could ever obtain with items in the game, and I seriously doubt the presence of a stamina bar. The result is a very frustrating fight that feels like the game is cheating. I do not approve. 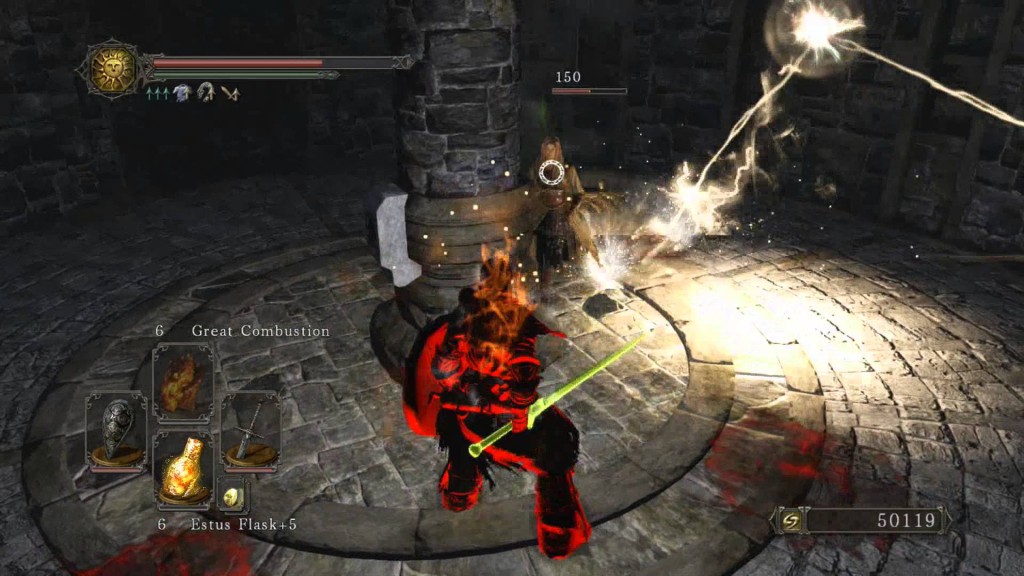 Unlimited spell casts and a far greater HP pool than the player could ever obtain. This fight is cheap.

Skyrim NPC mages seem to have bigger Magicka pools than the player. And Skyrim, like Oblivion, has immortal main quest characters.

Diablo 3 NPCs are buffed to the point where they are very hard to kill and stronger than the player. Why don’t they go about saving the world?

When NPCs are granted invulnerability, the player’s freedom in making choices is lost.

I don’t even mind a game over screen for taking out a character the player is not supposed to take out, but at least the NPC in question will feel human, real, and, most importantly, fair. And that’s exactly what makes the game world feel alive and gives that immersive experience.

Any breaking of the rules set to the player is big no-no in my book and any bending of those rules will raise my eyebrow and snap me back to reality which can be a real shame for many otherwise great games. This opportunity to make a game as real and fair as possible is missed by many game designers which don’t realise what a difference it can make to the player. Until more of them do, I will dive back into Dark Souls or take SOCOM US Navy Seals out of its dusty case.

Boomer over Captain Price any day.