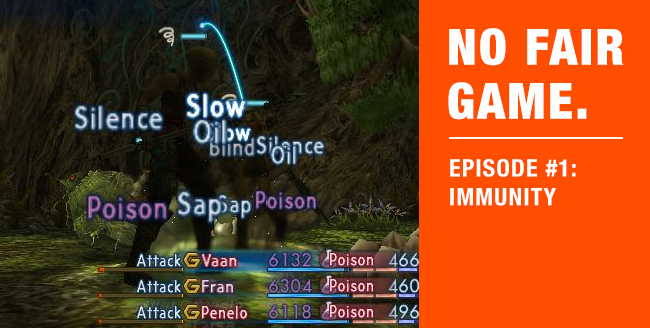 With blood, sweat and tears I climb this tower in Final Fantasy VI. On the top floor awaits a terrible magical creature. Bravely I enter the battle and face my foe. The battle is fierce, long and I am struggling to survive. Sacrificing all my rare potions and remedies I finally deplete the boss’ HP. For one brief moment I sigh with relief and celebrate my victory – but it is not over yet. I find out the hard way this boss is programmed to cast Ultima, a devastating spell, upon defeat. The boss drags my brave party along into oblivion and I ask myself; how is this a fair fight?

I love Final Fantasy X. I find its story awesome, its soundtrack beautiful and the battle system – for the most part – fantastic. However, I find the immunity to most status effects of bosses and late-game creatures not very fair.

Most of the time the game doesn’t tell you about any immunities these beings might have nor are they indicated by their appearance. This results in a clueless game of trial and error where the player has to guess what the creature in question is vulnerable to and memorise the weakness for future encounters.

Sometimes bosses are immune to all status ailments and elements and when this happens the game basically throws an entire cool gameplay mechanic straight out the window. 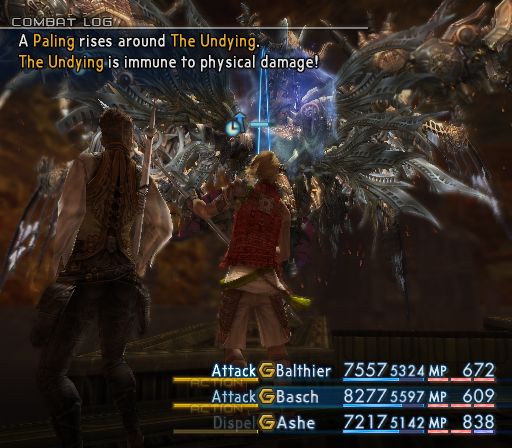 The boss battles of Final Fantasy XII are well known to be challenging and often unfair.

2001’s PSX classic Vagrant Story shows the hit percentage success rate before selecting an attack. If the chosen attack features a status ailment and shows a success rate of 0%, it’s a pretty obvious hint the creature/boss is immune to it. Not a very elegant solution, but it has my preference over total cluelessness nonetheless.

The palings of Final Fantasy XII bosses take the cake. Presumably, the game designers were looking for a way to make boss encounters more challenging. Unfortunately, they chose the least creative way to handle the problem.

Unexplicably bosses have the ability to become completely immune to either physical, magical, or all types of damage for no particular reason. This completely non-credible ability is even less sensible by the fact that there’s not even a visual clue in the creature’s appearance.

This ridiculous excuse of boss design completely contradicts the combat mechanics represented in the normal gameplay which makes it feel like the game is cheating not only the player, but also on it’s very own rules and systems. And that is wrong. 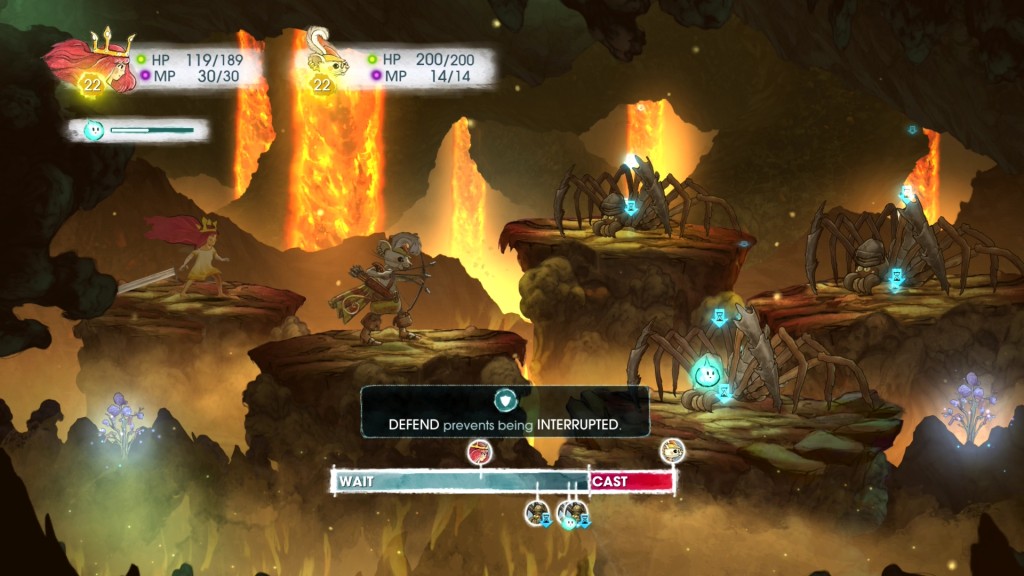 Child of Light does not believe in immunity for status ailments for bosses. This is a fresh approach we would like to see more.

Ubisoft’s recent Child of Light is an excellent example of fairness done well. In this fantastic fairytale role playing game all monsters, party members and even bosses are susceptible to all status effects. The game sets a basic set of rules early on and sticks to it 100%. Funny how an RPG coming from a usually non-RPG developer understands how the rules for an RPG should be. It’s a rare feat and the game and developer team deserve praise for it. Note that all of this is not meant to make the player overpowered in any way. A smart, fair RPG can be just as challenging and probably even more satisfying than an RPG where fairness is abused to give the AI the advantage with so-called artificial difficulty.

Dark Souls might be challenging, but it’s never really unfair

Dark Souls is a game often discussed when it comes to game difficulty and fairness and, in my opinion. it is one of the fairest RPGs I have had the joy of playing.

Like Final Fantasy X, Dark Souls does not tell you about any immunities creatures and bosses may have against status ailments and leaves it to the player to find out by trial and error.

Why I find Dark Souls fair and Final Fantasy X unfair lies in its presentation.

Final Fantasy X’s tutorial states using status ailments is a reliable way of dealing with foes and later betrays that rule in it’s own game mechanics.

Dark Souls however never presents status ailments as a reliable way to deal with enemies in the first place. It is your sword and more importantly your shield you should rely on, and in this regard Dark Souls never betrays a single word set in the tutorial. It makes all the difference. 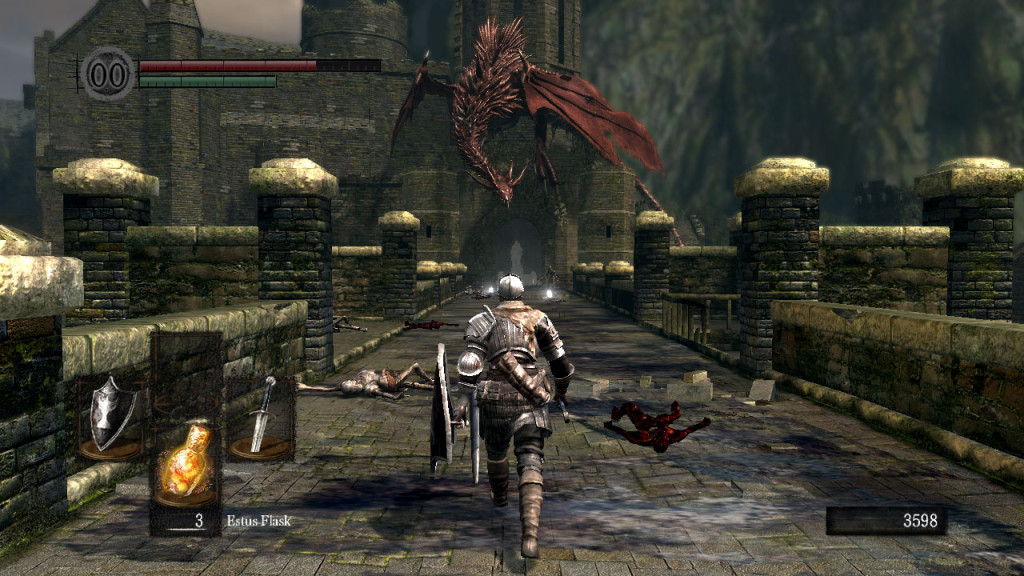 Although it may seem like the odds are against you, in Dark Souls they never truly are.

The sequel to FromSoftware’s big hit – Dark Souls 2 – does a slightly messier job. Certain bosses can buff themselves or summon a partner in crime to fight along the boss. While buffing/summoning, the boss magically gets a 50-75% damage reduction.

While I can see why this is necessary from a gameplay perspective, it’s definitely on the unfair side of the table and works similar to Final Fantasty XII’s ridiculous magical non-sensible palings.

How can their armor provide such a miraculous damage reduction? I can’t help but conclude that immunity is too often abused by game designers to make up for shortcomings in their own battle system. It can be pulled off, but I only approve if the immunity in question makes sense within the game. Give visual clues, make it credible.

But even moreso Child of Light has literally shown me the light with it’s elegant and fair battle mechanics on the topic of immunity: there is none. And I’m a fan.