Home  »  Opinion Pieces   »   The new consoles have a major flaw 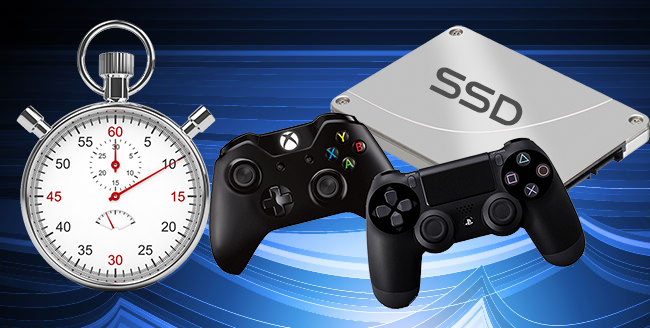 Sure those new consoles look fancy. Especially compared to the 7 year old hardware that is currently nesting itself under your television set. But before you pull your wallet to get the new shiny thing, there is a major flaw in these new pieces of machinery.

A few weeks ago I was walking through my local game shop. Bored of seeing the older Wii U titles still frozen in their release date price I shifted my attention to the Xbox One which was on display. Microsoft newest console was loaded with their latest release in the exclusive racing series, Forza 5.

Being a massive race (game) fan, I was well up for a quick few laps with the big Gran Turismo rival on Microsofts new hardware. Now the selection of tracks and cars was very limited, so I simply started hitting the green A button. I was indicating to the console that I was up for some entertainment. It’s GO time. I want to race.

This is the moment where it all started going horribly wrong. My excitement was being put on hold. The screen filled itself with a beautiful image of an impressive car. This loading screen was beautifully designed and showed me what kind of beauty and fun was in store for me.

Now the image of the car stayed on the screen for a while. A spinning wheel kind of icon was showing in the bottom right corner of the screen. This spinning wheel is supposed to give me the impression of progress and to indicate that something is happening in the background.

I had plenty of time to look around the store and started feeling like an idiot. Just standing there in front of a screen waiting to be entertained.

30 seconds later I was still staring at a car that wasn’t moving instead of actually driving it around the track.Though it seemed like the Xbox could sense how impatient I was getting. The image on the screen changed. Finally, we’re going to do some racing!

Finally the wait is over

The black screen fades away and is now showing a piece of the track I’m about to race on. Here comes the real surprise. it’s just another phase of the loading screen.

By now I’ve already waited for over 60 seconds to load a simple track and some cars. Honestly, I was losing interest fast.

Now I’ve done some thinking. Am I that impatient? Probably.

I’ve always played on both the PC and different consoles. Now in my newest gaming rig I have an SSD installed. Sure, there are loading screens for PC games. The only difference is that those will last me up to 5 seconds. Often I do not even have enough time to read the hint on the loading screen because it simply doesn’t last long enough.

Not having an SSD is going to be a real problem for these new consoles. We live in a day and age where everything is instant or at least we want it without any delay. Making me look at a loading screen that easily lasts over 60 seconds every 10-15 minutes is not an enjoyable experience. I want to play games, be entertained. Not bored to death. 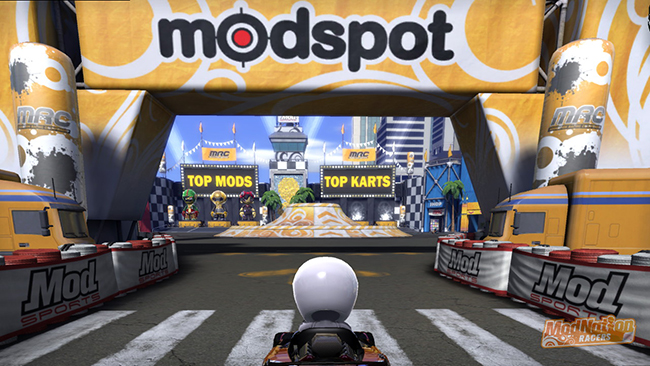 Modnation Racers was suffering from some horrible loading times. Including to load this ‘menu’.

This is not a new issue. Modnation Racers on PS3 had horrible loading times. It was even worse since the menu was not simply a collection of navigational buttons, no it was the Modspot, which makes you drive to whatever gameplay mode you want to play. Sure, on paper it might sounds like fun, but when I simply want to play an online race there is no need for me to have an additional 20 second loading screen to load the actual menu (world).

Ironic for me to say give it time, but seriously. Imagine yourself sitting on the couch with your friends 5 years from now. Do you want to operate a piece of machinery that makes you wait for 60 seconds every 10-15 minutes because it needs to load files from a harddrive? I don’t. Ever since experiencing an SSD in both my gaming rig as laptop, I can never go back to the ancient hard drive.

The problem for the consoles is that the hardware is frozen now. Even when the loading times are getting too long, there is nothing that can be done on the hardware side of things. Developers can try to reduce loading screens, but there is only so much they can do.

Should Microsoft and Sony have jumped on board of the no loading SSD super speed train? Were they correct in not spending that kind of money on a hard drive so they could keep the price down? Only time will tell. Oh the puns!